Established under the patronage of Lord and Lady Glentoran, the Paul Yates Studio Gallery is located in the quiet seclusion of their country estate in Co. Antrim, Northern Ireland, and occupies an extensive hay barn, lofts and courtyard complex.

Unique in contemporary British art, Paul Yates has sustained a highly original and compelling creative output across poetry, painting and film for some four decades.

Reclusive by nature, he operates from an eighteenth century courtyard complex hidden deep in the County Antrim countryside.

His paintings reveal an extraordinary imagination and attract international attention from connoisseurs of the avant–garde.

“Paul Yates is a true polymath, his poetry, painting and films are all underscored by intense creative risk taking and visionary energy. Now entering his sixth decade he is at the height of his powers having just completed one hundred and fifty extraordinary paintings for his TAROT series while preparing publication of his selected poems and completing two new film scripts. Our aim is to bring his work before as wide a public as possible through special editions, commissions and licensing across the full media spectra.”

Yates’s Scottish connections date from his great Grandfather on his mother’s side, James Graham, who emigrated to Kilkeel in Northern Ireland in the late 1800’s. From an early age Yates grew up listening to fireside tales of the derring-do of the first Marquis of Montrose, secret incantations for curses and charms, second sight and the fairy ways of the Grey Folk. Scotland was always at the centre of the family’s sense of identity so it was a source of great pride when the artist’s daughter, Kelly, won a place at St. Andrew’s University. This led to the artist visiting Scotland regularly and has inspired a diverse series of poems and paintings. This exhibition is dedicated to the memory of the artist’s mother, Gene marguerita Yates, neé Graham. 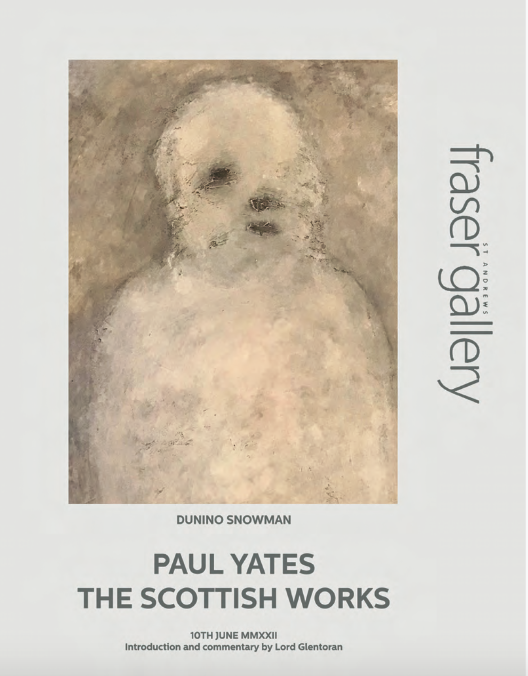 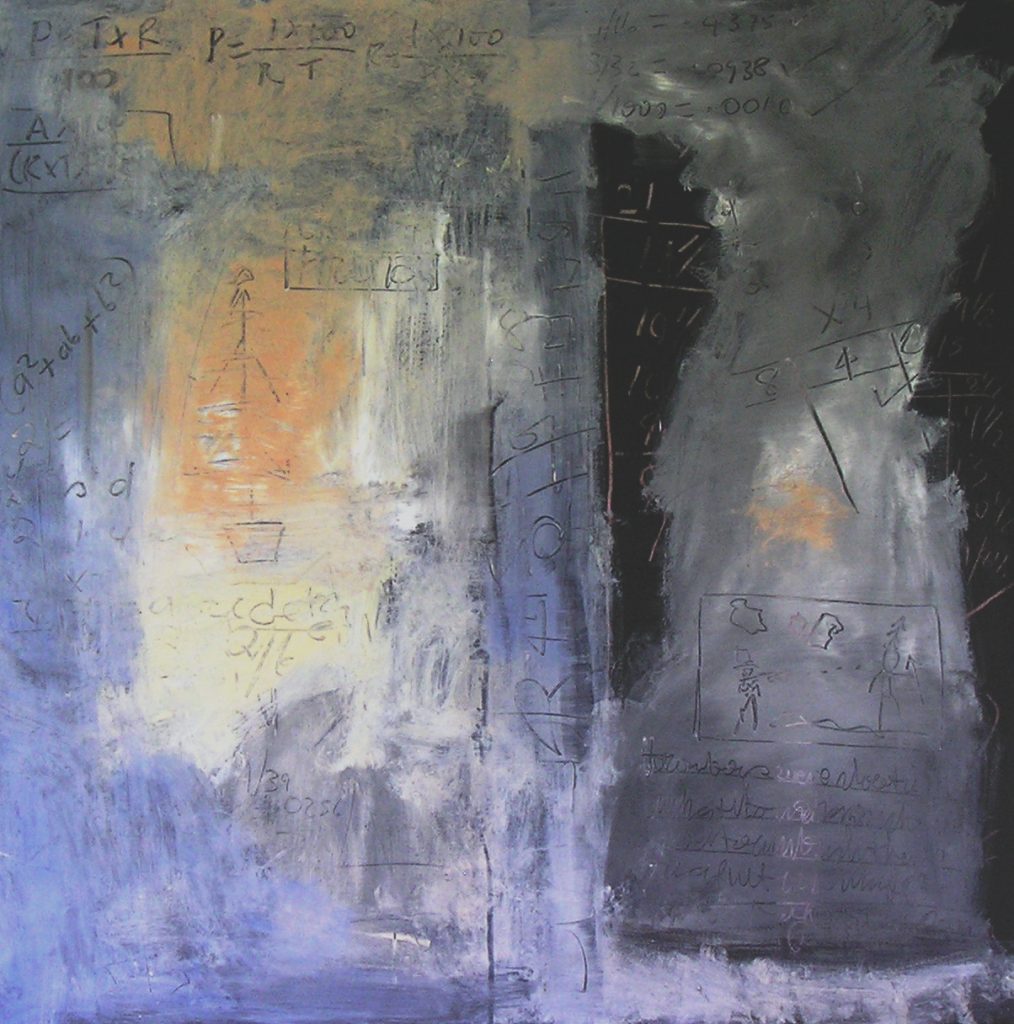 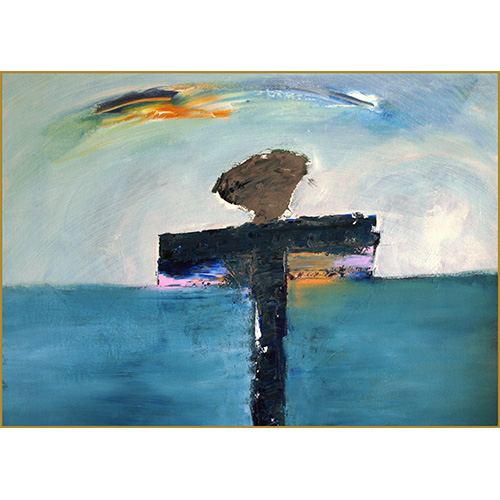 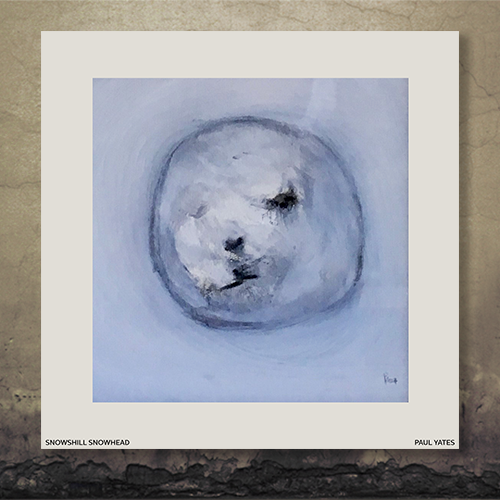 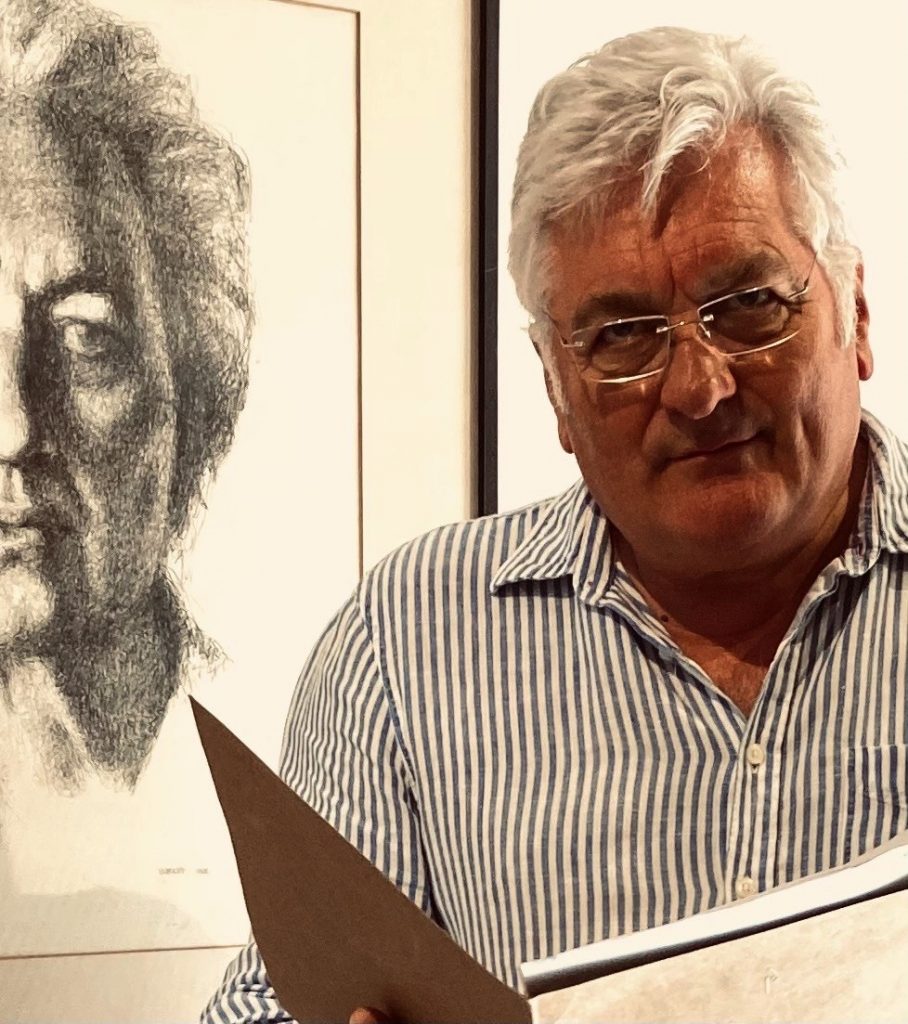 HER MAJESTY QUEEN ELIZABETH II AND THE PURSUIT OF INFINITY

As long-standing patrons of Paul Yates it was only natural that lady Glentoran and I would commission him to produce a work to mark her majesty Queen Elizabeth II’s Jubilee. We wanted something original and imaginative and indeed the painting produced exceeds our expectations in both aspects. It is a further pleasure to know that a print of the image will be published for others to enjoy.

‘Her Majesty Queen Elizabeth II is the spirit guardian of Britain and all its finest hours, inspiring and giving hope to people of all creeds and races throughout the world.’

This Jubilee portrait of Queen Elizabeth II was inspired by the artist’s childhood memories of watching late night BBC television close downs in which the Queen appeared on horseback in grainy black and white, trooping the colour while the national anthem was played. After the television set was switched off, Yates would kneel before the screen and watch intensely as the small white dot in the centre of the blackness would shrink back into Big Bang eternity, the moment of its final disappearance something he could never quite catch.

This special edition giclee print, 42cms x 60cms, on fine grain canvas is supplied rolled in acid free tissue papers. The first seventy prints will be signed, numbered and embossed with the artist’s monogram to mark the seventy-year reign of Her Majesty Queen Elizabeth II.

Paul Yates has sustained a highly original and compelling creative output over some four decades across poetry, painting and film-making attracting international connoisseurs of the Avant-Garde. Several volumes of his poetry have been published with translations in French, Danish, Russian, Spanish and Chinese. His paintings feature in various public and private collections and his film works have won international awards.

Yates began writing and painting at an early age encouraged by his then high school English teacher, the artist, Jack Pakenham. In 1972, at just eighteen years of age the first exhibition of his paintings was held at the Tom Caldwell Gallery in Belfast. In 1974, A WHITE CAT WITH A HUMAN FACE, his first collection of poems and drawings was published. In 1976, under the auspices of surrealist aficionado, Sir Roland Penrose, his drawings were exhibited at the Institute of Contemporary Arts, London, where he also read from his second collection of poems and drawings, SKY MADE OF STONE.

as he felt a formal signature intruded on compositions. Over the years this ‘mark’ has evolved into a rune like cypher which has come to symbolise the inherent enigma of Yates’s works and is now the artist’s personal monogram. Intensely private, Paul Yates declines interviews, preferring that his work speaks for itself.

To be among the first to learn about future exhibitions, collection launches and new editions please join our mailing list :