Poet and Artist Paul Yates’s new poetry book entitled “Le Mot Juste” is a collection of one hundred and fifty-five haiku written over the past two years by Yates. A very special edition including a monogramed painting by Yates and a Kindle e-book edition is also available.

Haiku – which is a short poem made of three phrases originating in Japan and flourished from the sixteenth to nineteenth centuries – was the first poetic form that Paul Yates wrote in after discovering a book of haiku at his local library when he was nine years old.

Now recognised globally, it uses natural imagery to make Zen-like observations about reality, but in fact this haiku is much more: those familiar with Yates’s style will not be surprised that he dared to break a golden rule by adding titles to his haiku.

Indeed the last piece in this collection consists of only a title, THROWING A STICK FOR LOUP-GAROU, inviting each of us to write our own haiku in response.

This will be Yates’s tenth publication of poetry and his first for five years.

“During our present confinement at home because of the Covid-19 pandemic, Lady Glentoran and I have found the haiku meditations of Paul Yates intriguing, charming and inspiring. At this difficult time it is good to remind ourselves of the human gifts of imagination and wonder.

This collection was written over the past two years and reveals the poet’s daily journal as he travels in mind and body; A trick shot played at billiards, a sunset, snow melting on a church bell, memories of taking tea with Audrey Hepburn at Claridge’s, of taking photographs with Terence Donovan in Soho.”

Yates issued a pre-publication download of the book in aid of NHS charities earlier in the year.

Now readers can share in Yates’s telling observations and visions through the publication of Le Mot Juste out on Kindle/e-book via Amazon on November 10 2020.

A very special gift edition accompanied by a postcard featuring Yates’s intriguing painting, MIS-COUNTED HAIKU, both items are signed in monogram by Paul Yates at www.paulyatesart.com/product/le-mot-juste/. 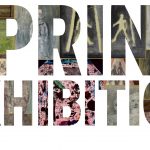 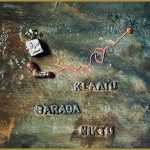